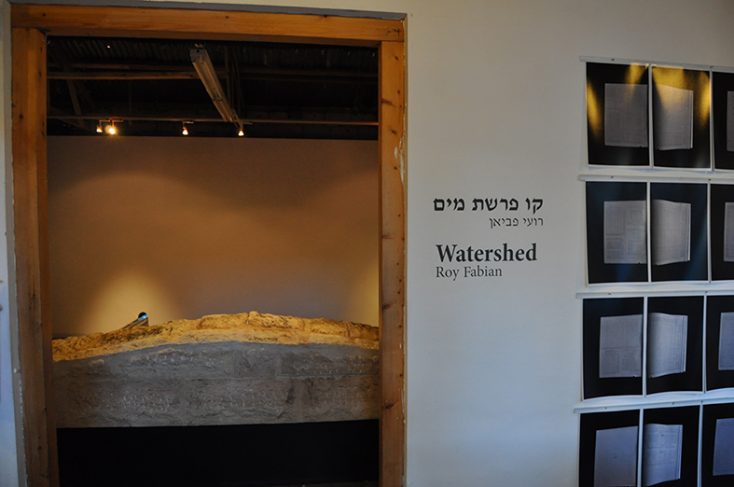 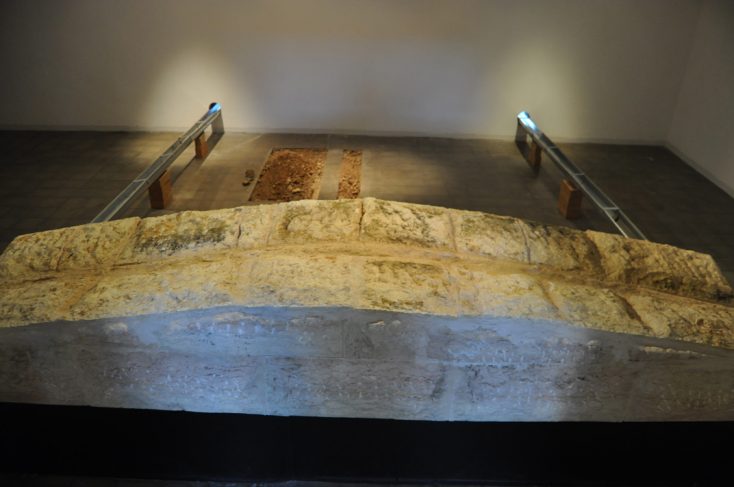 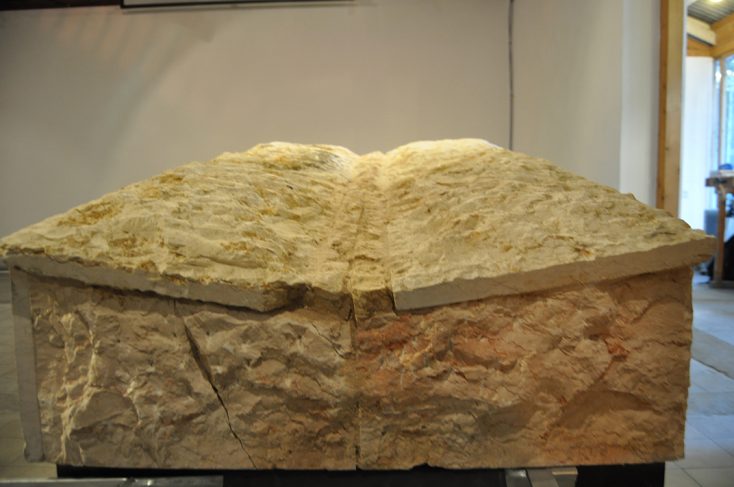 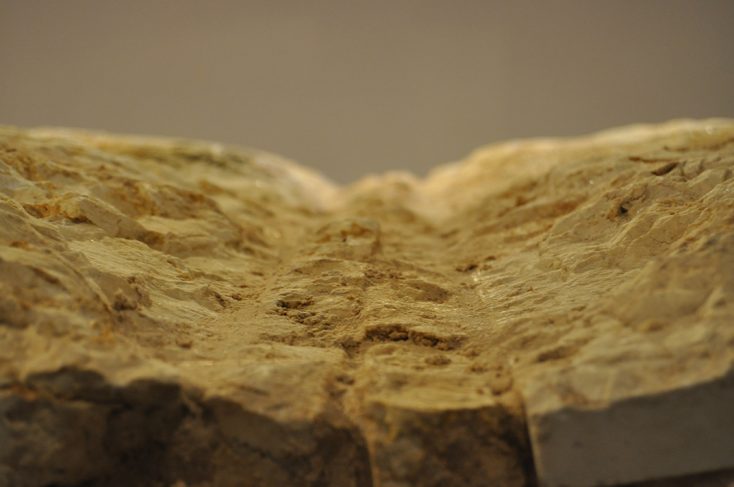 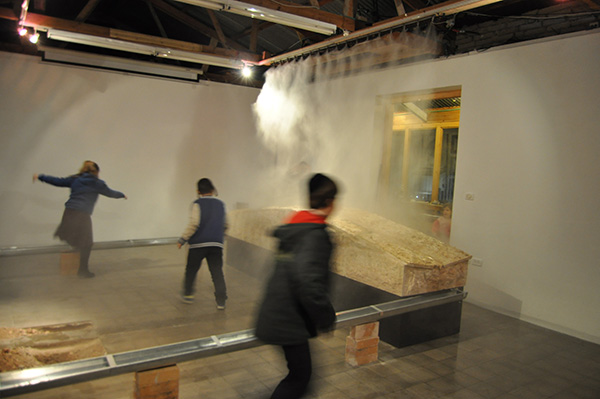 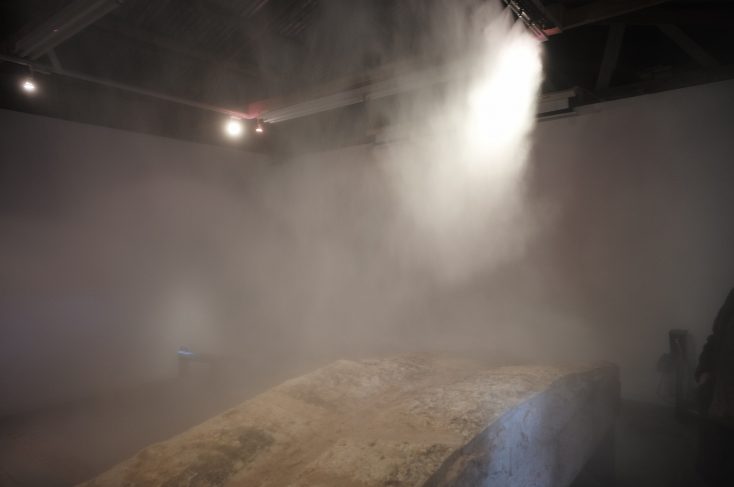 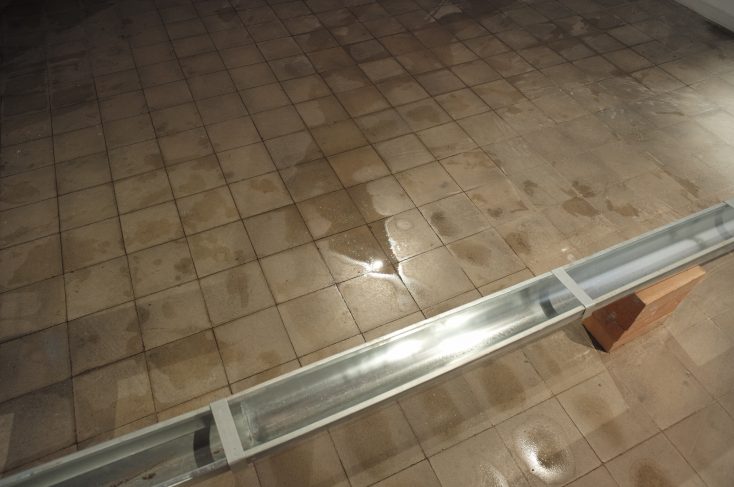 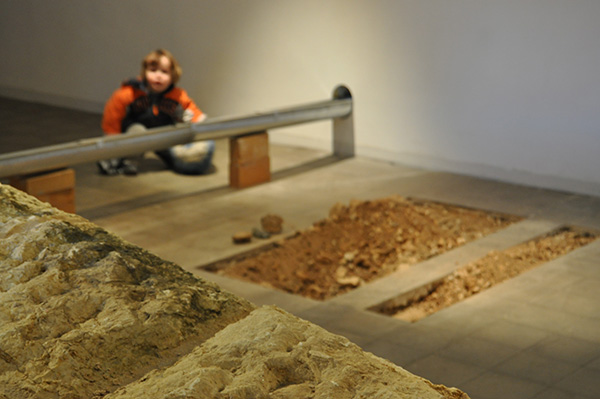 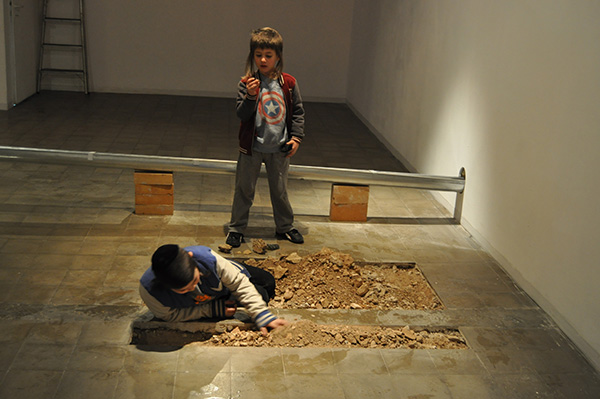 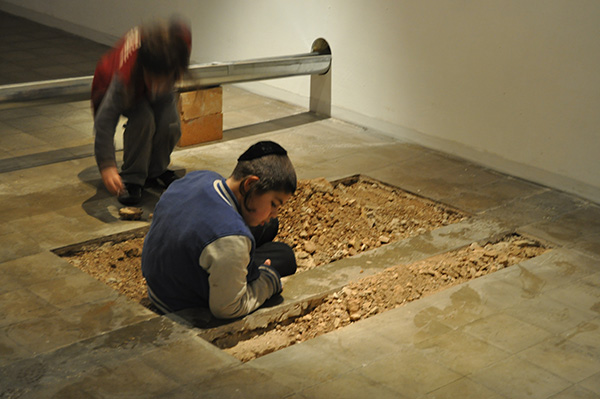 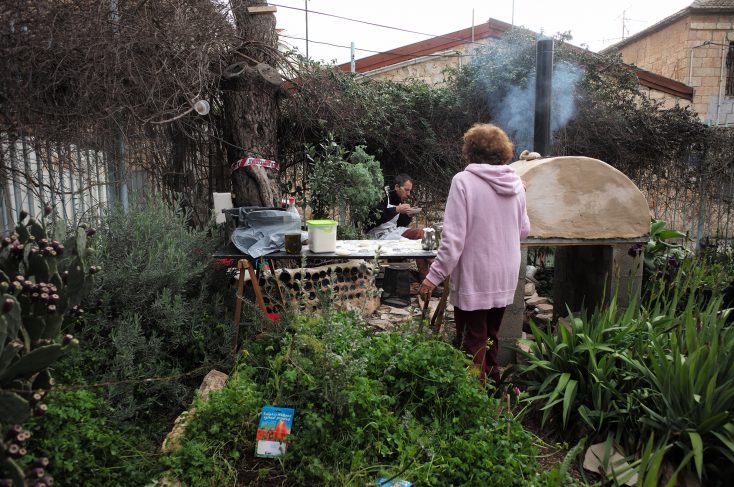 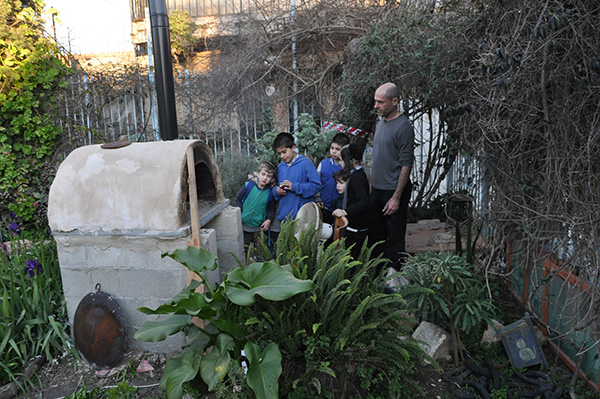 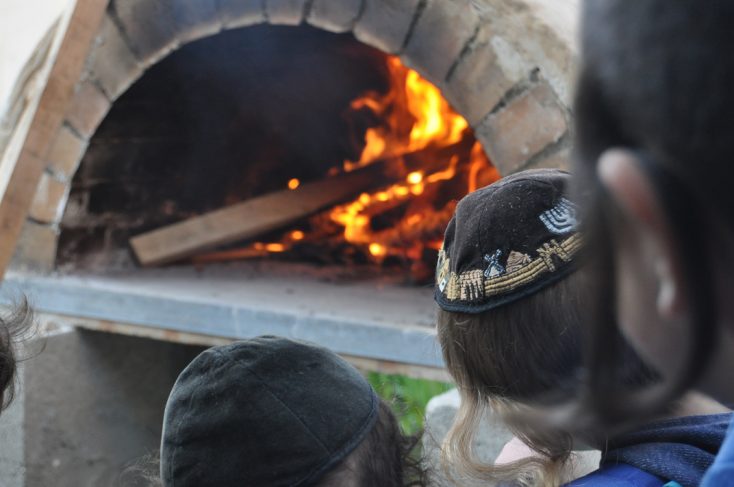 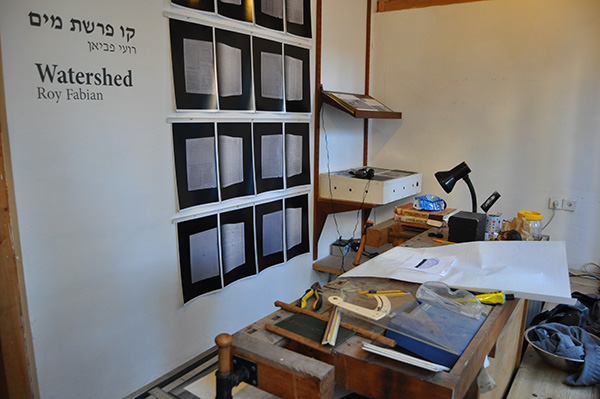 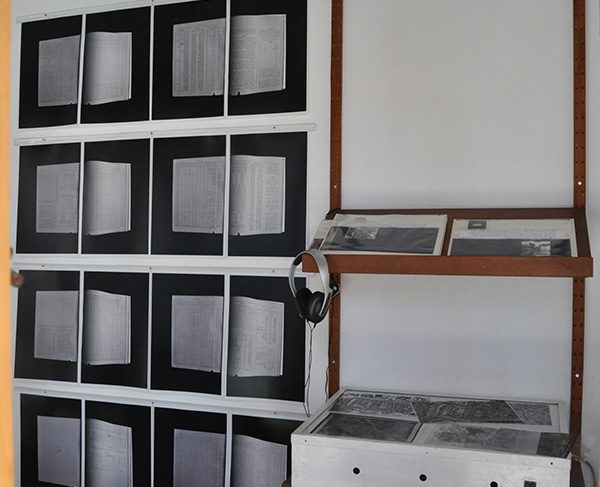 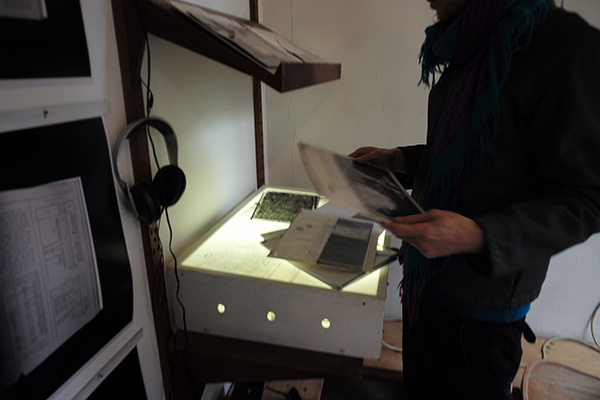 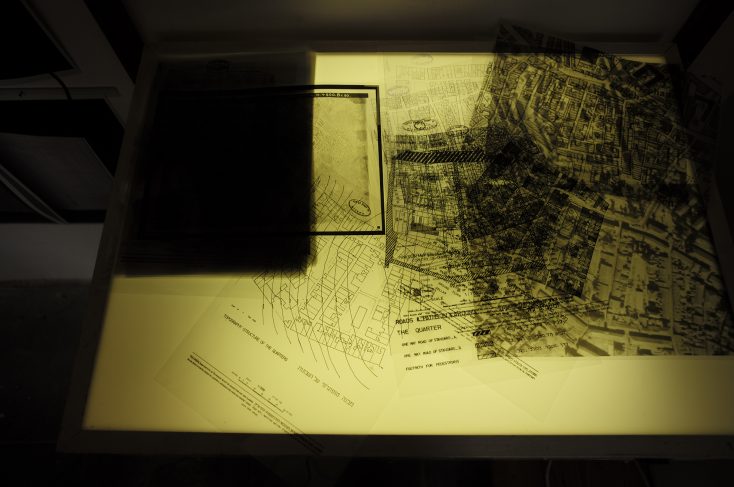 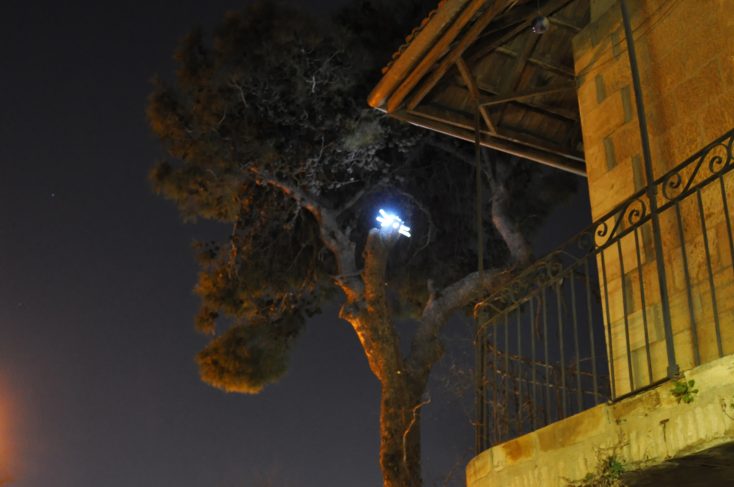 Mazkeret Moshe and Ohel Moshe neighborhoods were established in the early 1880’s. They were erected along Jerusalem’s mountain ridge where the watershed directs rain fall west to the Mediterranean and east to the Jordan River. The American geographer, John W. Powell, defined the watershed as the imaginary line which divides two enclosed hydrological systems, each establishing linkages between all animals residing in its vicinity, and for its human inhabitants it instigates communal relationships.

In those days, it was customary in Palestina to construct neighborhoods designated for particular communities. Mazkeret Moshe was established for Ashkenazi Jews and Ohel Moshe for Sepharadic Jews. The two neighborhoods were devided by an alley, an imaginary ethnic watershed. It is a common geographical phenomena that over time water course in rivers shifts and changes and gets redirected from one basin to another. This phenomena is termed river conquest. Similarly, Mazkeret Moshe and Ohel Moshe neighborhoods, which were ethnically distinct in origin, evolved into predominantly Sepharadic neighborhoods, thus there initial identity grew dim.

The two neighborhoods were built based on a particular planning form called Yard Communities. The houses were constructed to engulf a central communal yard. Close community ties were based on the public use of the yard and adjacent synagogue, which included a Mikveh and a collective outdoor stove. The yard’s formal shape did not last long, and was deformed in both neighborhoods. In Ohel Moshe, houses were erected on the yard already in the beginning, and in Mazkeret Moshe a youth center was built in the middle of the yard in the 1940’s. The youth center was converted into an educational facility in the late 50’s, and eventually was used as a kindergarten. At the beginning of the year 2000, part of the building was utilized as a municipal storage, until in 2005, the local community center administrator decided to turn it into an art gallery, thus establishing Barbur Gallery, where this exhibition is on view.

The installation Watershed refers to fundamental elements of a community. The work has 4 parts (Light, Oven, Archive, and Place), some are outside the gallery building and some indoors. These elements are integrated into the existing place, the entrance alley, the garden, the foie and gallery space. The work is based on interior-exterior relations, continuing the places’ historical evolution, drawing on local communal identity. Interior-exterior communal relations, physical space, and social heritage.

The works 4 elements are manufactured relics, functioning as socio-historical remnants of past events, although they are all custom made to the geographical site and the exhibition time. Thus the Light at the tree top, demarks the gallery’s location. The functional Oven, although new, blends in the site as if is the original oven since 130 years ago. The Archive provides testimony to data and factual past events, yet it is stylized to portray an artistic installation. Lastly the Place, like an ancient alter, references religious practices, which reawake natural elements of rain and fog within the gallery’s interior space.